Notice: Only variables should be passed by reference in /home/wetwolf/public_html/wp-content/themes/gameplan/option-tree/ot-loader.php on line 326
 Someone is Always Watching - Wet Wolf Training

Someone is Always Watching

Someone is always watching

Anytime you start a new diet program or exercise routine or both, someone is always watching.

It could be a family member, coworkers, cronies or strangers.

Whether you tell them or not.

They will notice these things.

But remember this, no matter positive or negative, good or bad, you’re success (or lack of) will always influence somebody else.

You have the power to influence someone else.

Back when I was doing real life personal training in a gym setting and for the last 6 years when I’ve been doing the on-line programming I’ve noticed how in both situations when someone does well other people around them do well.

When someone experiences success they spark ambition & add incentive in other people and most importantly they build confidence in others.

But unfortunately the opposite is also true.

Anytime someone quits or falls off the band wagon – someone else will quit.

You see, quitters come in pairs.

The reason people do this is because when they witness someone else tap out, that subconsciously gives them permission to follow suit.

So you have a great responsibility in your hands that when you have the opportunity to follow the right program and you’re making progress and you’re gunning toward that and that’s your goal and your game plan, you do your absolute best. 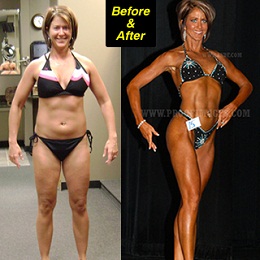 Because make no mistake about it, leading by example is the most powerful way to lead and influence others there is in the world.

I promise you. Leading by example.

So, if you believe that,

if you've seen that,

Maybe you've been on either end of the spectrum.

Maybe someone's influenced you or you've influenced someone else good or bad and what lesson have you learned?

Good or bad positive or negative, you have the power to lead by example and influence someone else because remember...

someone is always watching.

Watch my video version below