Notice: Only variables should be passed by reference in /home/wetwolf/public_html/wp-content/themes/gameplan/option-tree/ot-loader.php on line 326
 How to Prevent Rebound After Weight Loss - Wet Wolf Training

How to Prevent Rebound After Weight Loss

Rebound weight gain after weight loss and how to prevent it.

A cry for help.

But gained thirty back so far this year!

No matter how much weight you think you successfully lost you will always gain more weight back on the rebound.

It’s just a matter of time, every single time.

I had a cocky broad tell me once that she didn’t need my help and that she could lose five pounds in a month on her own.

You know what, you’re right,

But you’ll gain ten back over the next two months.

The reason this happens is very simple.

Because when you lose the weight too fast or in heaping amounts you usually lose it the wrong way.

And when you lose weight the wrong it’s not sustainable.

And the worst part is it eventually bounces back in greater amounts than you lost. 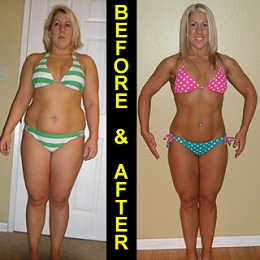 How to prevent rebound after weight loss?

Notice I didn't say fat loss because when people drop hefty amounts of weight, it's usually not all fat.

There are three culprits of the pernicious rebound weight gain.

Too many folks make the mistake of playing the calorie balance game.

This is the biggest culprit of why you rebound in the first place.

The reason is because most foppish dieters think that when it comes to food, less is better.

So they eat teeny tiny portions of super low kcal food and their blood sugar plummets faster than the Titanic sank to the deep dark depths of the Atlantic.

When your blood sugar drops you get brain fog, your metabolism comes to a screeching halt and you hunger sky rockets.

I'll give you one guess as to what happens next.

If you guessed a jail break binge then you win a a plate of warm, moist, chewy brownies.

Working out can be a good thing.

Think about it, how often have you seen someone in the gym five, six or even seven days a week who can't make any progress? You probably know someone like that and it might even sound like you.

Look, if you have to hit gym five days a week and still can't make progress then your diet isn't the only problem.

And when you compound your six days a week gym work with your super low caloric intake you have a recipe for disaster.

It's only a matter of time until you crash and burn.

You can't forget about the cornerstone of ever failed diet in the galaxy.

Sure you could work in a shake a few days a week if the rest of your meals were correctly designed specifically to work in conjunction with the shakes.

Another problem with liquid nutrition is that liquid is absorbed, not digested like food.

And because of that you miss out of the metabolic payload of the thermogenic process of digestion.

You also miss out on the nutrient partitioning component of big healthy meals.

The biggest problem with using shakes and bars as the foundation of a fat loss diet is that it they don't offer the same satiety as balanced whole food meals.

When your satiety is lacking you're more likely to be blindsided by a bout of hunger and cravings.

Cravings start as a spark, can grow into a flame and before you know it are a raging inferno!

Don't let any of these three culprits send you on a rebound weight gain higher than Mount Fuji!